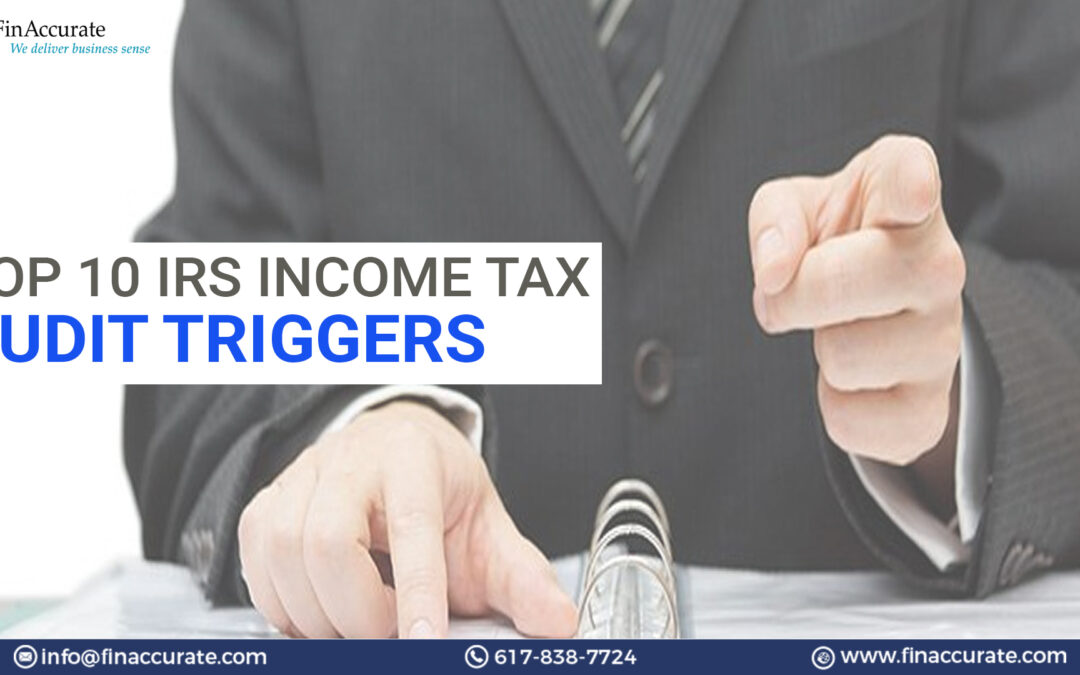 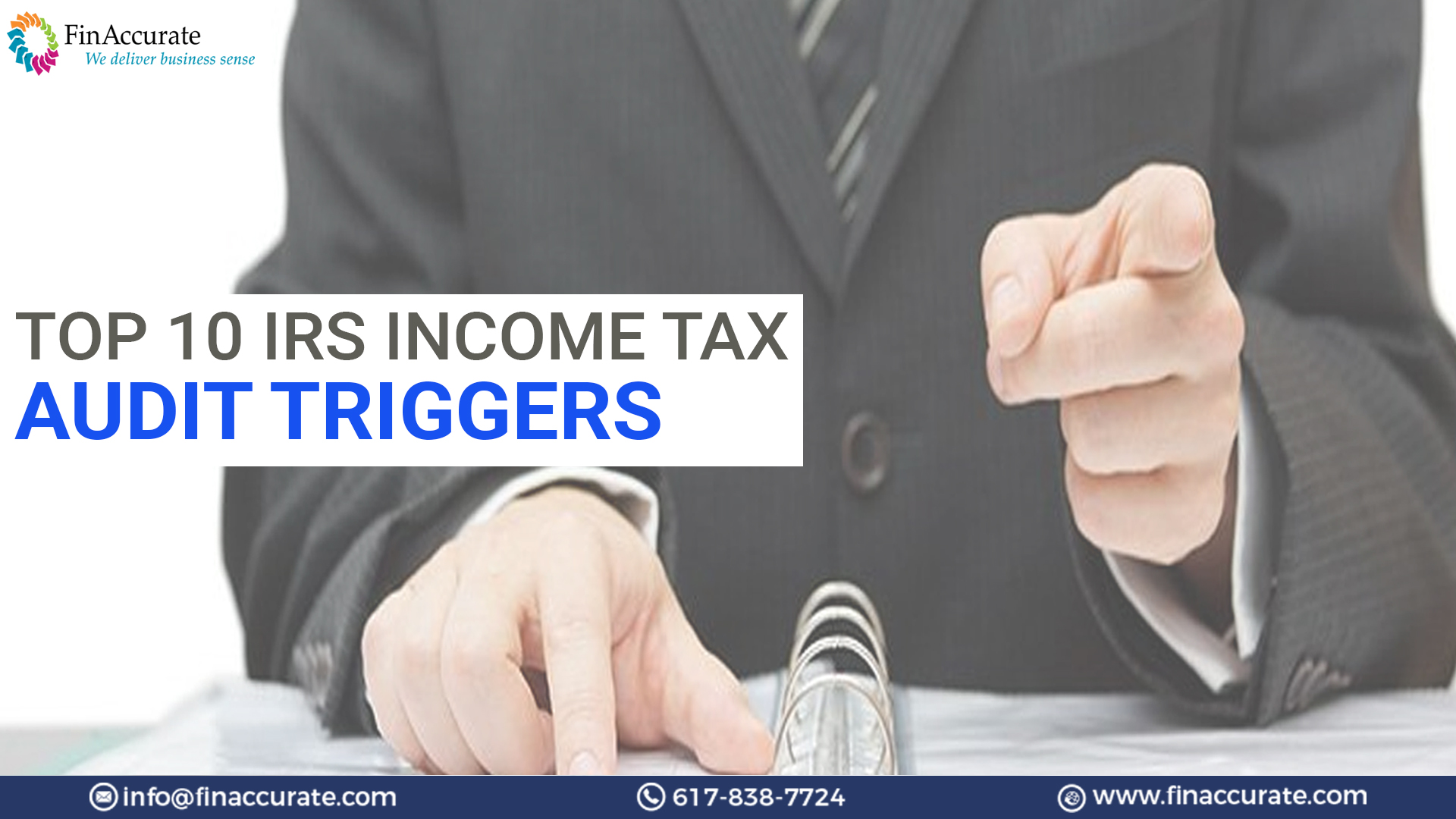 1. You did not report all your income.  easiest to avoid, more overlooked, Auto audit – at least letter audit
2. You took the home office deduction.
3. Claiming 100% of Business use of a Vehicle – Need specific purpose.
4. You had unusually large business expenses. – Travel, Meal expenses by Industry norm – 20% above norm gets audited. Mixing Business & Personal expense.
5. You made large charitable contributions.  – 60%.
6. You reported several years of business losses.
7. Audit Rates by Income Category   – Total 150M Tax Returns filed

8. You made errors.
9. Engaging in Cash transactions
10. Breaking the rules on Foreign Accounts

1. Not reporting all of your income:-

Unreported income is perhaps the easiest-to-avoid red flag and, by the same token, the easiest to overlook. Any institution that distributes an individual’s income will report it to the IRS, and the more income sources you have, the greater the difficulty in keeping track.

Old brokerage accounts are commonly overlooked, as are Form 1099s and distributions from a college savings account to pay tuition.

2. Breaking the rules on foreign accounts:-

It used to be you didn’t have to report it; you just had to check a box that you had one. Now you have to not only check the box, you have to identify the institution and the highest dollar amount the account was at the previous year.

The regulations demand openness, which in turn increases the likelihood of an audit. That’s because of a perception that taxpayers with foreign accounts are trying to hide income offshore.

3. Blurring the lines on business expenses:-

The IRS will give a close look at excessive business tax deductions.

Last year the IRS audited about 1% of those earning less than $200,000, and almost 4% of those earning more, according to IRS data. Raise the threshold to $1 million and the percentage of audited tax returns increases to 12.5%.

The same patterns exist when it comes to business tax returns: 1% of corporations with less than $10 million in assets, compared with 17.6% above that threshold.

Higher incomes are likely to result in more complex tax returns that are more likely to contain audit triggers. More importantly, the IRS wants to maximize return on investment, something the agency gets better at every year:

If you would like to watch the video of this article, click on the link below:- Top 10 IRS Tax Audit Triggers